Your favorite holiday giveaway series is back! From December 4th to December 15th, we’ll hosting a series of daily giveaway, culminating in a Grand Prize Giveaway right here on Stitch and Unwind. Each day we’ll unveil a new, free pattern for you to enjoy AND a new prize up for grabs.

And don’t forget about our 12 Days of Christmas Sleigh of Prizes grand prize giveaway! You could win one of every prize you see below.

Pretty incredible, right? All of the prizes pictured above will go to one lucky winner! You’ll have until December 15th to enter.

Enjoy all of the new patterns and prizes in our giveaway series and good luck!

How to wind a yarn ball + Pawley Studios Prize

The weather is starting to get consistently warmer, the birds are chirping more and more, and the flowers are starting to bloom - spring has sprung, … END_OF_DOCUMENT_TOKEN_TO_BE_REPLACED

Sometimes it can be intimidating to try new things. I know I'm always wary of getting a new dish at restaurants or taking a new route to work. … END_OF_DOCUMENT_TOKEN_TO_BE_REPLACED 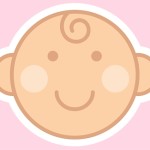 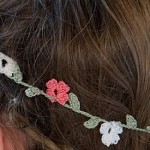