I recently came across a great project that I thought I would share with you.  Caron Yarns is trying to craft the world’s biggest stocking in the name of charity.

According to Caron, “The World’s Biggest Stocking” initiative will not only break a Guinness World Record, but is also a charity knitting/crocheting project. The stocking will raise awareness for the Children of Fallen Patriots Foundation, an organization whose mission is to provide debt-free college educations to the nearly 20,000 children who have lost a military mom or dad in the line of duty in the past 35 years.

Crafters are encouraged to use American-made Caron United yarn for their 3’x3′ blanket square submissions. Blankets can be knit or crocheted, so all of our yarn friends can participate.  The patterns Caron would like submitted are linked below, and they include simple knit garter stitch blankets, giant crochet granny squares and a fun crochet ripple afghan design.  A portion of the proceeds from every skein of Caron United sold is donated to the foundation in perpetuity. Knitters and crocheters are encouraged to share their progress and completed blanket pictures online with the hashtag #worldsbiggeststocking.

Watch the video below to learn more:

So far, Caron United is at just over 20% of their needed goal, so this is a great way to give while still creating something beautiful and useful.

The crocheters who want to participate can find the patterns here:  Caron United Crochet Stocking Patterns. 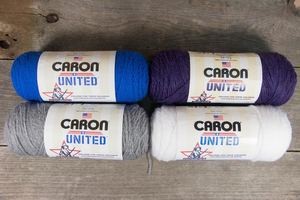 Enter to win Caron United Yarn! One lucky winner will receive 4 skeins of United (Royal Blue, White, Soft Grey Heather, and Orchid). The deadline to enter is July 5, 2015 at 11:59:59 p.m. Eastern time. Made in the USA, this 100% acrylic yarn softens with each wash, and glides easily through your fingers as you work. Plus, Caron United supports America’s troops; every time you buy a skein, 15¢ is donated to the Children of Fallen Patriots Foundation.

Have you ever knit or crocheted a stocking? Share below!

The weather is starting to get consistently warmer, the birds are chirping more and more, and the flowers are starting to bloom - spring has sprung, … END_OF_DOCUMENT_TOKEN_TO_BE_REPLACED 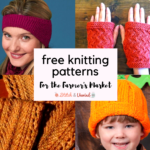 I've always loved farmer's markets—so much so that I spent four years of weekends working for one! While I called it a “summer job,” the autumn … END_OF_DOCUMENT_TOKEN_TO_BE_REPLACED 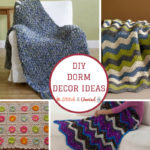 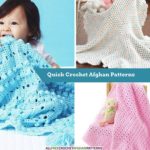 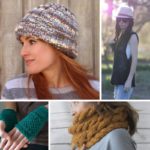