I recently got caught with my pants down in the yarn aisle. Well, not literally, but I have learned a huge lesson for 2012. In answer to the burning question some of us have, all yarn balls are not equal and I learned that the hard way.

I created this amazing Pillow Project for AllFreeCrochet.com. I crocheted the samples and wrote up the patterns. The videos were filmed as the project progressed rather than in advance.

Me and my big mouth told viewers that they could select any yarn they wanted. I chose to film a different color of the Light & Lofty by Red Heart. I got the videos off the ground and released them to the public.

I was working behind the scenes and I promised viewers in the next video that the panels would be done and we would be sewing them together. By the half way point of the first panel, I ran out of yarn. When I worked on it earlier, I ran out at the 3/4 mark. Something was off and I couldn’t put my finger on it. By the end of doing the two panels, I had used four balls of yarn and not three like I had claimed. I was so confused.

While at Walmart, I noticed on the shelf that the Light & Lofty balls looked slightly different between the colors. It turns out that the wine color yarn strands were slightly thinner than the sage green yarn that I was using in the video. In comparing the labels, the yarn was priced by weight, therefore the thinner yarn would have more yards than the thicker yarn. It seems obvious now but I was surprised then.

I have noticed yarn is packaged either by target weight or price point. The different brands across all companies exercise this practice. Variegated yarn has more processes to go through in order to achieve the colors; therefore, the manufacturer has to make a choice:

More companies seem inclined to pick the second choice. This isn’t highway robbery or a way to short change consumers because companies need to make up the manufacturing costs of the different processes used  to make the yarn look that way. It’s a way of giving the consumers a choice and making pricing simple to follow on the shelves. Imagine if the same brand line were to have different prices depending on each color or texture. It would be a retailer’s nightmare come true.

A great example is my never ending granny square video. I used 2 balls of each color of Bernat Super Value. The balls are solid in color and have the same yardage. If you were to switch one of the balls to a variegated yarn, you would run out of that yarn color faster because it would have less yardage.

Yarn manufacturers don’t hide this fact and it is mentioned on websites when cross comparing the yarn within the same brands. If you don’t believe me, just go to Red Heart or Bernat and see for yourself.

Here’s the rock bottom, honest-to-god truth: Because there are a few yarn companies supplying North America, they have to be as competitive as possible and provide pricing with sharp pencils. Yarn companies aren’t ripping anyone off, but we as consumers have a choice and we are keen to look for deals. We need to look at labels more closely when deciding projects and cross comparing. You may realize that in the same brand of yarn, there aren’t always just apples in the bunch. Sometimes there are apples and oranges and they cannot be compared as equals.

See you next Wednesday. Until then, have a great week!

The weather is starting to get consistently warmer, the birds are chirping more and more, and the flowers are starting to bloom - spring has sprung, … END_OF_DOCUMENT_TOKEN_TO_BE_REPLACED 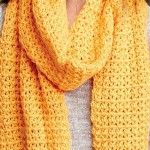 It's Free Pattern Friday, and nothing brightens up a chilly gray day like a cheery crochet scarf! This free crochet pattern from our friends at … END_OF_DOCUMENT_TOKEN_TO_BE_REPLACED 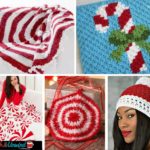 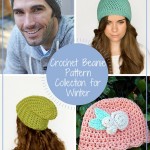 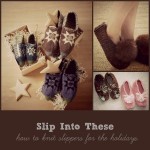 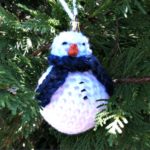 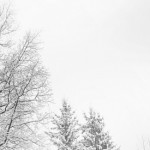